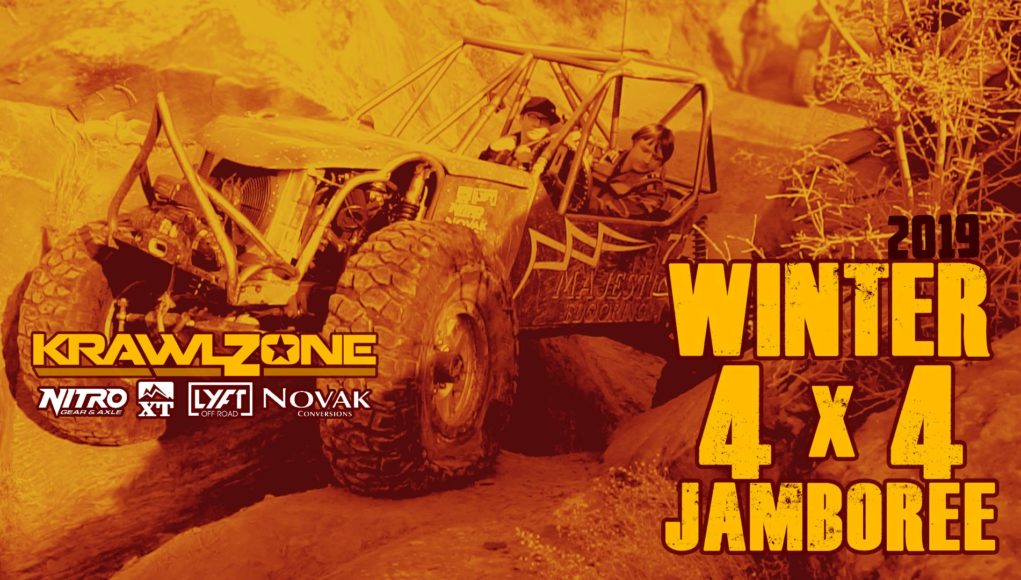 Layton, Utah – March 6th 2019 – KrawlZone is ON after a year of what appeared to be a production hiatus. Though KrawlZone’s popular off-road and rock crawling videos have been sparse, the team has been busy filming and producing content for several other brands. These including Trail Hero, TORN and Race Central TV, as well as corporate videos for some of your favorite companies, including NOVAK Conversions and Modern Jeeper.

With the help of their great sponsors, Nitro Gear and Axle, Lyft Off-Road, Extreme Terrain and Novak Converstions, the KrawlZone team returned to their home turf to follow the off-road action of the 2019 Winter 4×4 Jamboree held at the Washington County UT fairgrounds and the Sand Mountain OHV area in Southern Utah, next to Sand Hollow State Park.

Featured highlights of this episode include not only the epic scenery and Jeeping action of the Sand Mountain OHV Area, but you’ll get to see “Nobody” commandeer a Monster truck. Yes you read that right. Also, you’ll meet “Houdini”, a young new face to KrawlZone. He makes our buggy disappear and then re-appear on a rated 10 Trail named Arrowhead, where he and Spawn make the trail look like child’s play.

This episode once again features Mister KrawlZone and Nobody, but additionally features the next generation of KrawlZone; Spawn and Houdini! This episode is fun and lighthearted with all the trail and event coverage you’ve come to expect from your favorite off-road show.

NEW this season; KrawlZone will be featured on Amazon Prime for your streaming pleasure where it can be watched for FREE if you have Prime. Just head over to Amazon and give it a watch.

TORN (The Off-Road Network) is an all new off-road adventure channel on the Amazon Prime platform, that features a variety of off-road content. https://www.amazon.com/v/torn