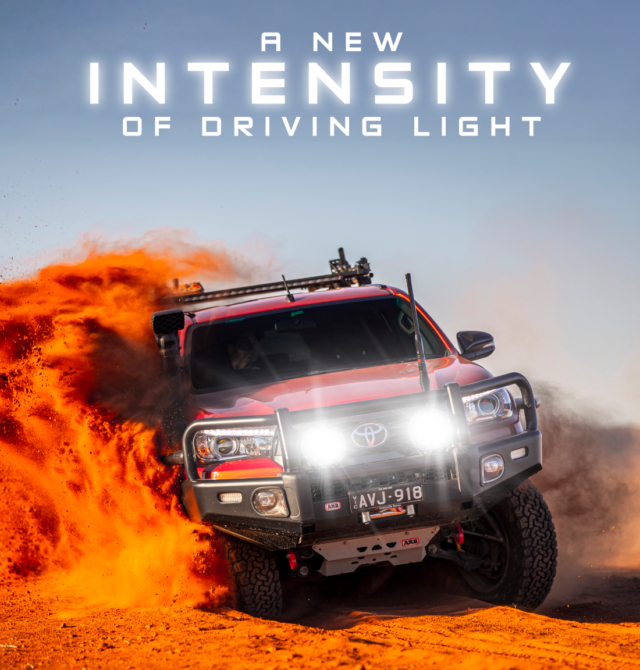 If you do a lot of driving after dark, you will appreciate the importance of good light. ARB has been a staple in the lighting game for many years, being the first manufacturer of round off road LED driving lights, and the latest iteration of driving light is no exception to the proven track record.

The ARB Intensity Solis light is a 9” driving light with 36 OSRAM LEDs, giving you plenty of light for the road ahead. With in-house engineers concentrating on refining the optics to focus the most amount of light while removing flat spots and controlling the beam to the right area, the Solis lights are made and tested for variable terrain. Impressively, light output has been measured at 1 lux @ 1,462m (2 x spot lights) to NATA industry standards.

With function front of mind, the ARB Intensity Solis lights feature a unique digital dimmer control which allows the user to incrementally adjust brightness to suit driving conditions. For users of LINX, the Solis lights can be fully integrated with LINX with an optional controller harness to be released in late September.

The ARB Intensity Solis lights feature an improved color temperature of light which reduces eye strain and fatigue when long distance driving. The light also has a die cast aluminum body which acts as a heat sink and allows the dissipation of heat to keep the lights running at maximum performance.

The infamous red ring of the ARB Intensity lights has become renowned with driving lights over the years and while the ARB Intensity Solis lights share a level of design with the Intensity V2 lights, Solis features two bezels on the sides of the light that are interchangeable between red and black, both of which come standard with the light.

ARB Intensity Solis driving lights come in spot and flood variants and are $349 each. Available August 20, 2020.